Corey Rosen, Founder of the National Center for Employee Ownership 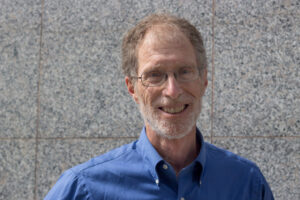 Corey Rosen is the founder and an active staff member of the National Center for Employee Ownership (NCEO), a private, nonprofit membership, information, and research organization in Oakland, California. The NCEO is widely considered to be the authoritative source on broad-based employee ownership plans. He cofounded the NCEO in 1981 after working five years as a professional staff member in the U.S. Senate, where he helped draft legislation on employee ownership plans.

He is the author or co-author of over 100 articles and numerous books on employee ownership, and co-author (with John Case and Martin Staubus) of Equity: Why Employee Ownership is Good for Business (Harvard Business School Press, 2005). He has appeared frequently on CNN, PBS, NPR, MSNBC, and other network programs; and is regularly quoted in the Wall Street Journal, the New York Times, BusinessWeek, and other leading publications. He has lectured on employee ownership on six continents.

He has a Ph.D. in Political Science from Cornell University. He previously served on the Board of Directors of the Great Place to Work Institute (creators of the “The 100 Best Companies to Work for in America” list). He currently serves on six ESOP company boards.

The CLEO database has a number of articles by Corey Rosen.

To request a guest speaker, complete this form.